law is not a fair game 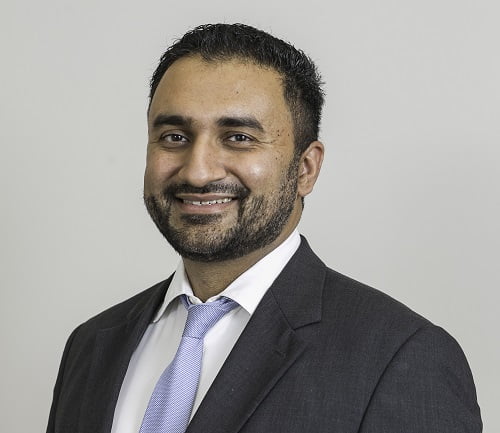 A Complete and Total Ban: Placing the Muslim Ban in Historical Context, (co-authored with Mark Shmueli, Esq.) The Federal Lawyer, May 2017

University of the District of Columbia School of Law, “Trends in Immigration Law,” Washington, DC (Oct 20, 2016)

failure is not an option

Hassan is the founder and principal of the HMA Law Firm.  He built the firm on one simple idea: Prosperity comes from protection and perseverance. The firm lives out this mantra every day. Under Hassan’s leadership, legal knowledge and skill is leveraged to fight for clients’ rights, sticking with the process no matter how long it takes, so that clients can live their lives not just peacefully, but with prosperity.

Hassan is fluent or proficient in eight languages besides English, giving his clients comfort when telling their stories. His perspective on immigration as a means to prosperity is borne from his belief in unity in diversity, advising nationals of 117 countries around the world for nearly 20 years, and counting.

As a lawyer, Hassan also has a strong background in criminal defense. He maintains a niche practice in “crimmigration” – the immigration consequences of criminal activity. Hassan also focuses much of his practice on defending against deportation, and devotes over a third of his practice to matters of asylum law. He litigates immigration cases in federal court, and does not shy away from the tough cases, whether in matters of family immigration, business, or citizenship. He is a regular invited speaker and writer on immigration, with a unique ability to explain legal concepts through client stories. He is frequently quoted in local and national media.

Hassan firmly believes that serving clients means not only direct representation, but also advocating for their interests before lawmakers, and informing them of what his clients are actually going through. Using his language abilities (fluent or proficient in 8 languages besides English) he relates his clients’ stories to legislators, governors, and policy makers, state and national. This advocacy was one reason he was appointed by Gov. Terry McAuliffe to serve on the Virginia Asian Advisory Board, helping advise the Governor on issues facing the AAPI community and beyond, as well as the Commonwealth Commission on Diversity, Equity, and Inclusion. It is why he also served on the board of the Dulles Justice Coalition, the group of airport lawyers who represented clients in the wake of President Trump’s Muslim ban, and as a board member of the Virginia Coalition for Immigrants’ Rights. Hassan took these ideas onto the campaign trail in 2019, coming in second in the Commonwealth’s most competitive 4-way primary for the House of Delegates D-87 seat. It is why he takes on anti-immigrant groups who see immigrants as un-American, and is not afraid to expose their hateful rhetoric for what it is, challenging them in the media, on the Hill, and connecting with veteran advocates to amplify his efforts. Hassan currently serves on the first-ever Virginia Office of New Americans Advisory Board, helping formulate state-level policies to welcome future citizens.

Hassan holds a law degree from Tulane Law School in New Orleans, Louisiana. While in law school, he clerked for a high-profile New Orleans firm where he learned and was trained in a considerable variety of legal fields, ranging from personal injury to commercial litigation to medical malpractice.

Prior to his career as a lawyer, Hassan was a successful and motivational teacher. He taught Urdu and Hindi at North Carolina State University in Raleigh, NC and also taught high school classes in religion and law. He maintained a career as a real estate sales agent in North Carolina.

Hassan was born and raised in North Carolina and now resides in Virginia with his family.

International Business Times, Refugees Not Welcome? As Syrian Immigration Debate Rages, Asylum Seekers In The US Fear For Their Future (Nov. 19, 2015)

The Washington Post, The Orlando shooter, Donald Trump and the wave of hatred gripping our country, (Jun 13, 2016)

The Hill, Vulnerable Immigrants Still Have Time To Prepare for Trump (Nov 16, 2016) [Op-Ed]

Huffington Post, Attorneys Warn Immigrants Not To Travel Outside The U.S., Thanks To Trump (Jan 26, 2017)

Teen Vogue, How Immigrants and Refugees Can Protect Their Rights During Trump’s Muslim Ban (Jan 29, 2017)

Daily Beast, Did DHS Bully Immigrants Into Signing Away Their Rights? (Jan 31, 2017)

Teen Vogue, Immigration Agents Reportedly Arrested as Many as 100 People in California (Feb 10, 2017)

The Daily Beast, In Trump’s America, Immigrants Can Follow the Rules and Still Get Arrested (Apr 10, 2017) [Op-Ed]

The Daily Beast, This ICE Informant is About To Get Deported (May 8, 2017)

The Daily Beast, Did Team Trump Make Its Own Travel Ban Obsolete? (June 7, 2017)

Patriot Not Partisan, Why You Need To Know Dr. John Tanton, Grandfather Of The Anti-Immigrant Movement (Aug 15, 2017) [Op-Ed]

Patriot Not Partisan, #DACApolypse: What Dreamers Can Do After The Demise of DACA (Sep 6, 2017) [Op-Ed]

Daily Beast, The Kafkaesque Hell of Being an Iranian Dissident Trying to Come to America (Jan 3, 2018)

Washington Post, Trump Praises Some Refugees But Remains Wary Of Others (Jan 31, 2018)

Patriot Not Partisan, Jeff Sessions Is Rewriting The Immigration Law…By Himself (Mar 9, 2018) [Op-Ed]

Huffington Post, Jeff Sessions Has Power To Shape Asylum Policy. He Could Be Gearing Up To Use It To Deny Relief To Domestic Violence Victims. (Mar 14, 2018)

Quartz, A Quiet Change in US Policy Threatens Immigrants Who Apply for a Change in Status (Jul 7, 2018) [Op-Ed]

ThinkProgress, Latino Voters Say They’re Key to Flipping One of the Country’s Most Competitive Districts (Jul 26, 2018)

America’s Voice, As Events This Week Prove, Anti-Immigrant Hate Groups Are in Control With the Trump Administration (Aug 15, 2018)

The Philadelphia Inquirer, Trump targets Latinos at the border now, but who’s next? (Aug 31, 2018)

Washington Post, Hundreds show up for immigration-court hearings that turn out not to exist (Jan 31, 2019)

WAMU, Voters Get Ready For ‘One Of The Most Diverse Tickets Virginia Has Ever Seen’ (Jun 6, 2019)

Washington Post, In this suburban Democratic primary, all 4 candidates are first-generation Americans (Jun 7, 2019)

Slate, The Godfather of the Anti-Immigration Movement
How a small-town eye doctor shaped our most hard-line immigration policies (Jul 29, 2019)

The Intercept, With Trump in Office, Newspapers Increasingly Quoted Anti-Immigrant Groups Without Explaining Who They Were, (Sep 12, 2019)

Virginia Mercury, A Virginia attorney has been seeking sealed papers from a major anti-immigrant activist for years. What do they show? (Jan 7, 2021)

Don't just take our word for it. See what people have to say about us:

I just came from my GC interview and i couldn't be any happier, thank God. The HMA Law Firm took my case very seriously and helped me a great deal. I would like to thank brother Hassan, sister Sharifa, Melissa and my long lost brother Faisal Khan. Faisal Khan is one of the nicest persons God's ever created, he worked in my case with passion and gave me hope when I was the most sad and hopeless. Faisal Khan is a true Hero and it is a true blessing to have him working on my case. I will recommend the HMA Law Firm to all my friends.
NK, Silver Spring, MD
I can't thank you enough for the time and extraordinary effort you and your firm put forth for my case. Your diligence and expertise in handling my complex legal case was key to our successful outcome. I would recommend your services to anyone in need and will definitely continue to seek your support as we proceed. Thank you again.
PT, Ashburn, VA
I got to know Mr. Ahmad through my husband's former co-worker. He was very friendly and willing to work with my specific case. He was also quick to correspond to all of your questions, and was very clear on what needed to be done to have a successful result. I truly enjoyed working with him over the years, and I was fortunate to have him as my attorney.
KF, Front Royal, VA
Recommend Hiring Mr.Hassan from HMA law firm even in my sleep, he is amazing very very responsive, We had our case hanging with USCIS for over 2 years when we hired Mr.Hassan, today we are Citizens. He worked on our case so closely and unlike lot of big firms where they have no idea whats happening on your case until you ask them, He would always give us updates even if we don't follow up and follows up with USCIS so closely for us. Very professional and a very very humble person.
SR, Vienna, VA
I've retained HMA Law Firm for my wife's green card process and the end result exceeded our expectation as we didn't have an easy case to start with but, Hassan and his team made it all possible not only that but the quick response and call backs to whenever we had questions or concerns helped us feel at ease and positive. My wife is here in USA now and that's thankfully to HMA and my friend whom referred me to them. Greatly appreciate always HMA TEAM
EM, Vienna, VA
Previous
Next
Menu
Youtube Instagram Twitter Facebook Linkedin
Click here to pay